Once immensely popular across Japan, netsuke (pronounced nets-keh), small accessories fashioned from wood, ivory, or porcelain, blurred the lines between function and art in their heyday. Fashion and Fantasy will showcase the fascinating world of these miniature Japanese carvings traditionally used to secure small pouches to men’s pocketless kimonos.

The first netsuke were made of small, dried gourds, slender pieces of wood or bamboo sticks. These rudimentary toggles developed into exquisite artistic carvings with the help of a subversive and fashionable mercantile class. During the Edo period (1603–1868), numerous edicts prevented the lower classes—farmers, craftsmen and merchants—from displaying opulence, while the upper warrior class enjoyed access to more refined and lavish clothes, houses and jewelry.

Netsuke, however, were technically functional objects and were thus allowed to be worn by the increasingly wealthy mercantile class. Netsuke developed into increasingly intricate, masterfully carved figures that displayed a delightful diversity of materials, styles and themes. Small and inconspicuous, netsuke encapsulated the aesthetic sense of iki, the fashionable, subdued elegance of the urban chic of Edo-period Japan.

“It seemed fitting to give the netsuke collection to the Garden as they do such a good job of showcasing Japanese culture. I have seen a sundial in another garden that was inscribed with the phrase, ‘Time began in a garden.’ Surely, that is true.”

Drawing on a recent gift from The Netsuke Collection of James R. Coonan, Denise C. Bates and Lurline C. Menzies, this exhibition explores the breathtaking stories, artistic expression and imagination that netsuke capture. Each netsuke is highly detailed, imaginatively depicting people and animals from everyday life as well as folktales and fables.  As you stroll across the manicured landscapes of Portland Japanese Garden, discover the whimsical world of these miniature fashion statements.

Portland Japanese Garden would like to thank the Japan Foundation Center for Global Partnership for their funding support of this exhibition. 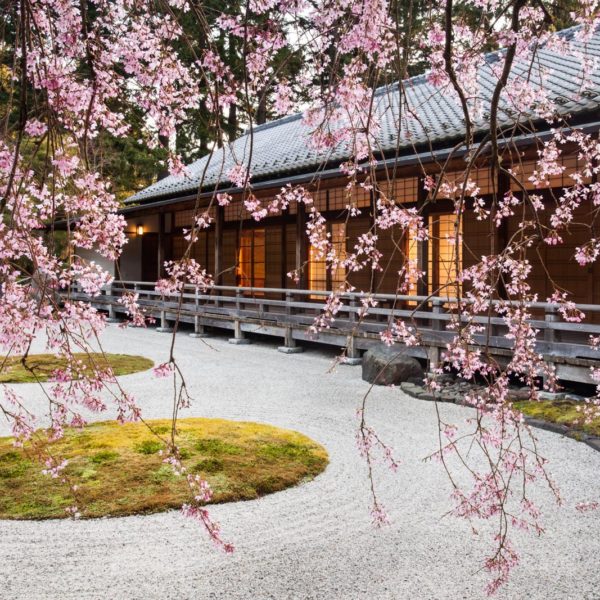 WHERE IS THIS EVENT HAPPENING?

The Pavilion Gallery is used for exhibitions and special events. Architectural features include shoji (translucent paper panels) and verandas that connote the integration of house and garden. The overlook offers a spectacular view of Mt. Hood to the east.